Leveraging Mergers and Acquisitions with Incentives

A company merging with or acquiring another firm should make sure to perform its due diligence with regard to previously granted incentives before entering into the transaction.

It’s not surprising that in the face of a global pandemic and its economic impact, merger and acquisition activity is gearing up. It’s inevitable that in periods of economic downturn, stronger and better positioned companies acquire struggling businesses. However, it’s also common for both acquirers and the communities in which they operate to overlook opportunities and pitfalls in a merger or acquisition.

So how do you take advantage of the first and avoid the second? One path that yields great results is thoughtful economic incentive due diligence, which offers specific and unique opportunities for an acquirer related to each of the three phases of an acquisition:

While some acquirers may recognize and incorporate incentives into the final integration phase, very few recognize the opportunities and pitfalls that exist in the first two phases.

Did I just pay too much for that business?!

Despite teams of accountants, lawyers and consultants, it is uncommon to have a nuanced incentive expert on the team. Many incentives are not necessarily obvious in the financials, let alone considered as something that matters or could be influenced to the benefit of the buyer.

Example: A targeted 250,000-square-foot production facility is the beneficiary of a 50 percent tax abatement and the company is only in the fifth year of a 20-year deal. It’s currently paying $0.70 PSF for a total of $175,000 per year, while saving an equal amount. That benefit could expire in a number of ways — restrictive provisions in the incentive agreement, an asset transaction in which the agreement is not assigned to the buyer, integration or technological advancement that puts the acquirer in a default position relative to prior job and operations maintenance covenants, or simply the natural end of the incentive term.

Assuming a valuation multiple of 10, missing this in due diligence could potentially cost the acquirer a $1.75M purchase price reduction. To make matters worse, the hit to the P&L over the next 15 years could add up to $2.6M in potentially avoidable additional operating expense.

When acquirers identify existing incentive agreements before the transaction, they put the power of choice in their own hands. Often the best options are to continue or improve the existing agreements. Beginning negotiations prior to the transaction is the typically the best way to accomplish those results.

Improvement can come in several forms, including an extension of term, increase in benefits, decrease in requirements, etc. This opportunity may present itself when:

Continuation may be the best choice in a number of cases where the existing incentive cannot be improved for the following reasons:

Abandonment of incentives can be the right thing to do in cases where the conditions for Improvement or continuation do not exist or are complicated by:

Can the transaction structure make a difference?

Often, the public entity providing incentive benefits may require an approval for such assignment. If that approval requires a public action (e.g., board or council approval), the ability to secure an assignment prior to the transaction could be tricky — especially in the case of publicly held companies subject to the SEC and other regulatory bodies.

The cost of overlooking incentives can be in the range of $30–60K per employee and/or 5–20% of hard asset value.

Depending on the type of benefit, an asset sale, a stock sale deemed an asset sale for tax purposes, or a merger wherein the transaction structure involves dissolving or replacing the predecessor entity, the incentive contract may be voided.

Triggering an incentive “pop.” There are circumstances where an asset or deemed asset purchase may yield otherwise unexpected benefits. Although many of these benefits are unintended and have been legislated out of existence, there still are isolated opportunities. These anomalies are typically in the statutory tax credit genre vs. discretionary “incentives.”

The basic premise is that when an acquiring company redeploys assets and human capital, it represents an entirely new business venture for an unrelated company. People rehired to a new employer may be considered “new” for credit and incentive purposes. Likewise, assets are booked at reset values and may be considered new investment for purposes of tax credits.

There are bona fide reasons to employ this kind of rationale for negotiated incentives as well. Take the example of a failing company whose community stands to lose that company’s operations and jobs. The community’s best interests may be to find “new” employment and investment, which may come in the form a well-capitalized and operationally sound suitor that is willing to acquire the ailing company’s operations. That acquirer's temporary reduction in operating and operating costs through incentives could provide the incentive or stability needed to justify the initial risk.

Mission Critical — What MUST I do before the transaction closes?

In the case of acquisitions where the target company survives the transaction, and final commitment to material changes in operations will be post-transaction, many opportunities can wait, despite potentially losing some incremental negotiating leverage. However, acquirers should start, if not complete, efforts to take advantage of certain opportunities to achieve upside or avoid pitfalls:

Learn how Cushman & Wakefield’s Incentives Practice can assist you.

Reduce your total real estate cost with the shortest, clearest path to financial success by implementing strategies for the development, expansion, consolidation or relocation of facilities.
Learn more 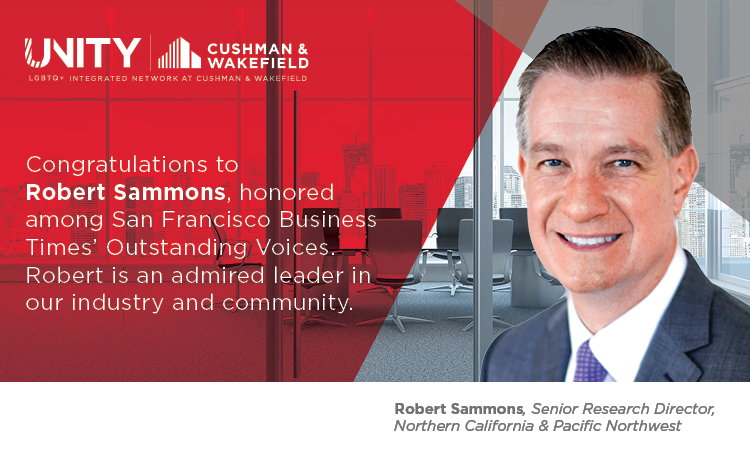 Cushman & Wakefield is proud to congratulate Elisa Konik, Managing Director with our Brokerage Services team in Oakland in being recognized by the San Francisco Business Times (SFBT) as a Most Influential Women in Bay Area Business 2020 award winner.
Joshua Deale • 6/5/2020

Jody Dunphy has over eight years of experience in marketing and design for the real estate industry. She joined Cushman and Wakefield Portland in 2017 as a Senior Graphic Designer
Joshua Deale • 3/19/2020

Our professionals are ready to provide further details on this and many other topics.
Contact Us

Cushman & Wakefield uses cookies to analyze traffic and offer our customers the best experience on this website. Close this dialog to confirm your consent, or visit this page to learn more:
Cookie Notice